NBA Players who Literally Made Their Name

It's no secret that many African-American people have unique names. In fact, according to the book Freakonomics, nearly 30% of African-Americans born in California have a name that is unique among children born in the state that year.

The name Jalen might seem familiar nowadays, but it was wasn't always that way. It all changed in 1992 when Michigan's "Fab Five" basketball team advanced to the finals of the NCAA tournament. That was the year that Jalen Rose made his appearance on the national scene. The name Jalen exploded in popularity quickly afterwards, peaking in the year 2000.

Variants such as Jaylen, Jaden, and Jayden followed, and eventually eclipsed the original name in popularity. By 2010, Jayden was the 4th most popular name for boys in the U.S., and was a popular girl's name as well.

Today, there is a Jalen echo in the NBA, as four Jalens and five Jaylens have played in the NBA since 2017, most famously Celtics star Jaylen Brown. 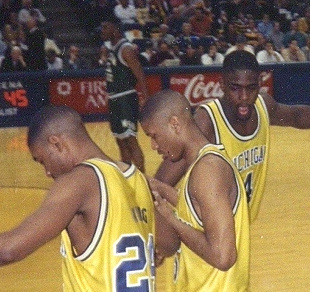 It might not surprise you to learn that there were almost no Kobes in the U.S. before the emergence of Kobe Bryant in 1996. Today, there are thousands. Sadly, the Social Security Administration does not record any children being named "Mamba".

Kareem is a traditional Arabic name meaning "generous and noble". But that doesn't mean it was common in the United States. There were virtually no people named Kareem in the U.S. until 1971. That was the year that NBA star Lew Alcindor changed his name to Kareem Abdul-Jabbar. The next year, 400 babies were named Kareem, and the name has had a modest level of popularity ever since.

Unlike the other stars on this list, Kyrie Irving did not literally make his name. The name Kyrie was already in use before Kyrie Irving became an NBA star. But there was one big difference. When Kyrie Irving was drafted in 2011, more than 80% of Kyries were female. Today, that ratio has flipped and 71% of people named Kyrie are male.

The Shaquille trend only lasted one year. But, in 1993, there were nearly 2,000 newborn babies named Shaquille. That means, if you meet a person named Shaquille, there is about a 1/3 chance they were born in 1993!

A surprising number of these Shaquilles have gone on to play professional sports, including NBA player Shaquille Harrison (b. 1993) and 10 different NFL players named Shaquille (or some alternate spelling). 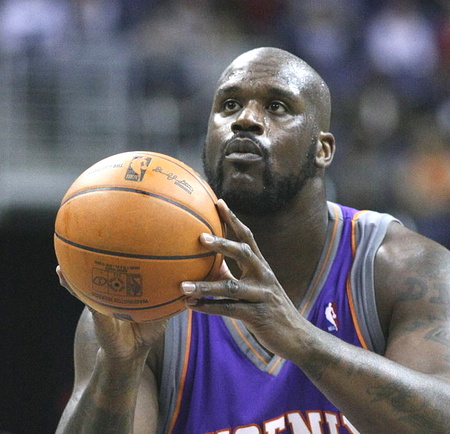 Shaquille O'Neal shooting a free throw. You can tell he's going to miss just by the look on his face.

Just being a good basketball player isn't enough to make your name popular. For example, there aren't a lot of babies named LeBron (just 21 in 2019).